Jamie Grey is a local singer/songwriter who was born in Redcar. He is probably best known for his appearance on The Voice back in 2018 when he was on Olly Murs team. Since then he kept up with his music and released some new singles, most recently ‘Downfall’ which came out in April 2021.

Alongside his new single release, we were asked to create a new website that would be a place that he could control to tell the story of his music and to engage with fans. Previously relying on platforms he had no control over, Jamie wanted a place he could connect with fans and use to help launch his new music.

Through discovery, we researched artists Jamie liked and how their sites looked, worked and acted. We spoke with the client about what they needed the site to do and what was important to them now and in the future. We worked closely with Jamie to help tell the story of his career so far. We’ve also built in an ecommerce element to help drive new streams of income. We hope to work with Jamie on further music releases and on concepts to help reward his fan base in the future.

We developed a site fit for purpose that was aesthetically pleasing to the user and that showcased the main elements that the client was asking for, acting as a central hub for the client. The site caters for the customer journey and presents the client’s story and the music in a manner that is easy to engage with.

Since launching the site, we have had some really great feedback from the audience on the site design and information, and the merchandise on offer on the site, and of course the music! The first merchandise drop on the site also sold out, inferring the success from one the main objectives, creating a revenue stream. 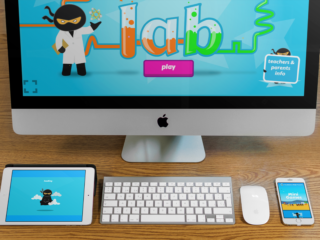