As seen over the past couple of months, audio-only content has gained some popularity with the big social media platforms investing in adding elements for this to their current user experience. With the new feature in the early stages of development and rollout to all regions, will it become a big success for Twitter?

As Twitter Spaces rolls out across more devices, it seems Twitter has a keen focus on making Spaces a key aspect of their app, having the Spaces button in a prime position in the middle bottom of the navigation bar. You’ll be able to see live spaces from people you follow, and an option to see Spaces that are happening outside your network, opening up another element of marketing on the Twitter platform, not only the potential for users to advertise, but also for Twitter to make things exclusive for potential partners.

Well, last week, Twitter announced that they are partnering with the NFL, one of the most profitable sports in the USA, as part of a new rights agreement to broadcast exclusive content on Twitter Spaces over the next couple of years. As showcased by Variety:

“the NFL is making a full-season commitment to produce exclusive content on Twitter Spaces, the social network’s new live-audio feature. The NFL is the first sports league to partner with Twitter to offer sponsored Twitter Spaces, with plans for more than 20 Spaces for the upcoming 2021 season.”

This could definitely be a boost for Twitter Spaces when it properly launches, and showcases that Twitter definitely believes the audio-only environment has potential. However this could also be a tactic to compete with the other main social networks who are also launching their own elements of audio-only content. Clubhouse is trying to add users to their roster by having new partnerships with TED, and Facebook and Spotify have recently announced their own take with ‘Audio Rooms’ and ‘Greenhouse’ respectively.

It’s clear that social media giants are taking advantage of the rise in audio-only content by creating their own new elements to what’s currently on offer. Most are in early stages of release or are nearing a release across multiple regions so it is definitely hard to say whether audio-only content will be success over time, however with new updates such as Twitter Spaces adding big franchises such as the NFL to their partnership exclusive for audio only, and adding it in prime positions on their app, it seems there is definitely belief that audio-only content is something that will be a major aspect of social media and one that’s definitely worth investing time and money into for their users.

It will definitely be worth keeping an eye on how Twitter Spaces grows and evolves, and how your business could utilise it in line with your industry, and potentially creating your own audio-only content to showcase to your audience. 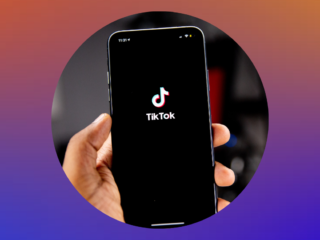 Next Post (n) Is TikTok becoming one of the best platforms for paid advertisement performance?