Some headline, right? Well, it’s almost true. We were recently recruited to work as part of a fantastic team including Sunderland Software City, Beacon House Events, Hemingway Design, Digital Catapult, and our long-term collaborators Thinking Digital, to deliver the Northern Powerhouse Business Summit as part of the Great Exhibition of The North celebrations.

The three-day summit was held at The Boiler Shop in Newcastle and hosted 100’s of delegates, speakers, sponsors, and exhibitors. We were lucky enough to have the Governor of the Bank of England join us as the keynote speaker for day two, and we noticed this rather cool graph from the Financial Times.

So that little bump in the pound was clearly down to Mark Carney’s speech relating to Brexit and the near future of the British economy, but you can’t totally rule out our influence on that too – I mean our tweets covering the event were rather beautiful, we’re almost certain that also played a part!

Seriously though, the combined effort of the speakers, set design and event management, plus the press and PR work put in by the collective group involved without doubt contributed to a hugely successful event.

We were involved for months in the build-up to the event with all digital comms including the digital design of the look and feel of the conference assets, social media marketing, and community management, plus web development, collaborating with NewcastleGateshead Initiative, The Northern Powerhouse, and the wider Great Exhibition Of The North Team.

The event trended across the North of England on Twitter and was heavily covered by regional, national, and even international press and television.

It was a pleasure to work with such a great team of organisations and we’re looking forward to working with them again in the future.

Previous Post (p) Social Media Day: What To Expect From Us 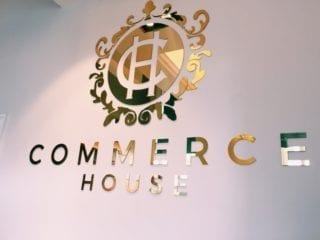