Recently we were lucky enough to work with The Human Excellence Project on the worlds first-ever Global Swim Rise which encouraged people from across the world to register an event and take part with a dip at dawn.

The campaign performed beyond all expectations with over 2000 people taking part in 125 events in 25 different countries. We had initially aimed for only five countries to take us up on the campaign and would have been over the moon with that result!

Paul Holliday created The Human Excellence Project in 2018. After the loss of his father. Paul felt empty and lost. He began to meet at sunrise every morning, with friends. To swim in the sea and take in the morning sky.

Feeling challenged and invigorated first thing in the morning, he felt able to face the day with a more positive mindset. Wanting to promote Mental Health Awareness, he soon came to realise that this could be of use to others.

To celebrate the first anniversary of the formation of The Human Excellence Project, the campaign for Global Swimrise was born.

Lovingly referred to as ‘The Calvalry’ by Paul we were brought into the project at a rather late stage but thankfully were able to make a huge impact. One of our team members, Rebecca, not only worked the campaign but also decided to take part in the local Teesside Swim Rise.

“I was lucky enough to be asked to work on the campaign. With a 10-day countdown until #swimrise went global my mission began. One of the main feelings I had, whilst working on the campaign was a great sense of togetherness.”

“My Seaton Carew tribe was 16 people strong. Gathering on the seafront we all made our way to the shore ready for the 7:14 am sunrise. As the morning sky brought us a sense of serenity we all made our way into the sea. There’s something to be said for that time of the day.”

“I could feel the heightened emotion as we got further into the sea. The cold was a key factor in the conversation before we even entered the water was just how cold it was going to be, but as the waves washed over our toes we all embraced the seawater and dipped, dunked and emerged with a huge sense of achievement as well as everyone having their own personal reasons. From being there to remember a loved one, a friend, meeting new people, to push past their fear or to create awareness. If I was asked to describe how I felt post-dip it would be ‘empowered’”

We were pleased to see the Seaton dip got some local press coverage in The Gazette and The Northern Echo and the founding team are to be interviewed by the National Australian network Channel 10. 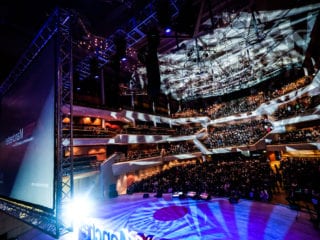 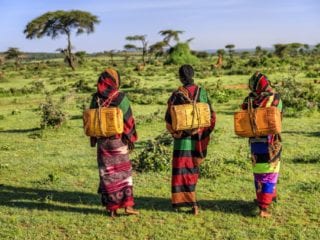 Next Post (n) Supporting Innovation, Inclusion, and Investment in Africa