The Growth of Stories

Unless you’ve been living under a rock for the past few years, you’ll more than likely be well acquainted with the Stories feature taking social media platforms by storm, with no signs of slowing any time soon.

If not so familiar, a Story is a collection of user-generated images and short videos, with optional overlays and effects, that a user can add to over time via their social media account, however, it’s useful to note that the Story disappears after 24 hours. Users view a Story in sequence, as a user can’t add to their Story in real time, allowing their followers to experience their day with them.

While users of Snapchat have had the feature available to them since way back when in 2012, it wasn’t until 2017 that the Story format began to creep into other popular social platforms like Facebook, Instagram and YouTube.

According to a Mintel report, roughly two thirds of Gen Zers post photos or videos to their Stories. That’s the same proportion that post photos and videos elsewhere on social media, such as their Instagram profile or Facebook news feed! The Stories feature allows users more control over offering temporary content.

Stories have become an integral part of social media platforms and provide huge opportunities for brands, with a focus on delivery of short-term, timely information. Encouraging users to create their own posts featuring a brand or product increases exposure and leads to greater engagement. This level of interaction can build stronger relationships with brands than more traditional advertising – it’s really important for brands to encourage these interactions to boost reach and awareness!

Here are three key features of Stories that you should consider using to boost brand engagement across your social platforms:

Questions stickers have been largely popular since their release, and we can understand why; they’re brilliant for encouraging more interactions from your audience!

Countdown stickers are great for building excitement around your new product release or upcoming event. They provide an effective outlet, allowing you to promote whatever it may be, which, fingers crossed, may result in an increase in sales!

The countdown sticker displays the exact amount of time until your countdown ends and the fun begins, which is perfect to make your followers aware and gives them time to create their own personal reminder to themselves so that they don’t miss out. As well as building anticipation and an added buzz, it’s a win-win feature!

Using the ‘live’ features by using the Stories feature is a really effective way of gaining an instant engagement boost on your social platforms.

When going live, choose a peak time when you know that a majority of your followers are going to be online. You’ll have more chance of boosting your engagement this way, as going live sends a notification to your followers to join your stream instantaneously!

With the popularity and usage of Stories, it’s clear to see that the social platforms which haven’t yet adopted the feature are beginning to wonder what all the fuss is about.

Twitter recently announced that they are testing their own version of Stories, namely “Fleets”, due to their fleeting nature. Fleets will allow Twitter users to post transitory content to the platform for the first time which will disappear after 24 hours and will not possess the like, reply or retweet feature unlike typical Tweets.

The added feature comes in a bid to make the platform more user-friendly. In a recent statement, Twitter said they will be looking into how Fleets “changes the way you interact and if it allows you to share what you’re thinking more comfortably”

It will be interesting to see how successful this new launch is for Twitter, as vanishing tweets could arguably make it more difficult to hold people accountable for their comments posted on social media, especially with Twitter being more of a popular outlet where politicians and other public figures voice their opinions.

We also believe that Pericsope style features of going live will be incorporated into the feature as you can go live on Instagram, as well as some form of simple Q&A feature heavily anchored to hashtags.

LinkedIn Get On Board

Twitter aren’t the only ones that are slightly late to the game, LinkedIn are also testing the Stories feature. Senior Director of Product Management at LinkedIn, Pete Davies, said that the Stories format is great for sharing moments from professional events, and with an entire generation growing up with Stories, it means that people are becoming more accustomed to engaging with a full-screen, short-lived format than feed updates.

What does this mean for your brand?

With the rise in stories it means you will have to decide how you are going to handle creating stories across multiple platforms – the issue here being that the most compelling stories will have in-app features, putting a strain on many creative departments.

As ever with platform changes and product updates you can take the approach of wait and see – however this can lead to competitors getting the jump on you and you never fully committing.

Depending on how you currently use Instagram and Facebook Stories as part of your marketing mix you might want to start experimenting with that as an existing channel where you most likely already have an engaged audience.

The thing to remember with a lot of this stuff is when new products launch within platforms they will be given algorithmic preference.

We’re really happy to see these platforms keeping up the changing times, while listening and adapting to user preferences. We applaud and support the moves of any social platform choosing to adopt Stories, with it creating huge opportunities for brands to humanise themselves, display authenticity and share real-life, every-day content. 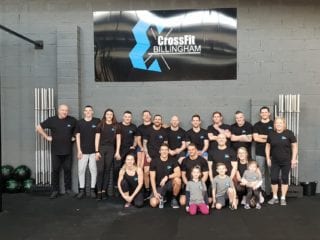 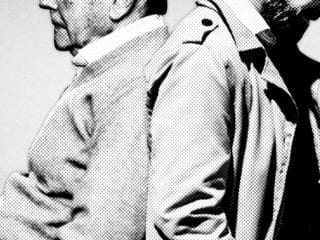