While working with a client we helped them launch their presence on TikTok – since then they have grown their account from 0 to 10,000 followers and rapidly closing in on 1/2 million views in just 3 weeks – so here’s what we learned during that time and where we see the opportunity on TikTok at the moment.

For those outside of marketing who pay a passing interest you may have seen and heard a lot more about TikTok in recent months. TikTok accounted for 3.5% of all online video viewing in 2020 according to TV marketing body Thinkbox’s annual report on video viewing habits.

TikTok is a video and mobile first social media platform. It allows discovery, connection, and recommendation at a level not seen before. It’s algorithm knows you better than your mother and the comment section is everything that is good about the internet.

In recent weeks we’ve been working with singer songwriter Jamie Grey across his 2021 media strategy and around the launch of his recent single Water.

As a musician, we’ve identified TikTok as the number one platform for him to reach a new global audience as we help him develop and deepen his relationship with lovers of his music.

After a couple of weeks of research and planning with Jamie we created a plan that would allow him to share his music with the world but in a very ‘TikTok way’ – immersing himself in the community. Then a funny thing happened.

After a few posts did well for a new account gaining some likes views and comments, he posted a clip from a recent live performance- this clip was posted on Instagram and TikTok (as per his media strategy).

Jamie posted the same clip onto his feed while sitting with 300 or so followers on TikTok and 13,500 followers on Instagram. You can compare and contrast the results for each post below.

Starting with the obvious – the view count is night and day. For a while after posting the video the views and followers were racking up a few every second, and these are people who have never heard of Jamie before, discovering him organically.

A startling difference was the comment section – on Instagram many of the same faces, but on TikTok there were hundreds of new listeners who had decided to share their thoughts and feelings on the music – new people hitting up his Spotify as a result and even hunting down tracks to buy them on iTunes – this is so very different to the usual response on an Instagram post.

And then we have the likes. – almost 30k on TikTok versus the usual 400 on Instagram. That isn’t to belittle the support he gets there, but it does contextualise it when it is the same 400 people liking the posts over and over, as a musician you want to reach a new audience as well as cater for your existing fanbase, on this occasion (and many others since) TikTok has allowed that in abundance.

This isn’t a one time thing either – when you look at the last dozen or so posts, it seems that Instagram is only allowing the same small proportion of his full number of followers to see and engage with his posts.

But why? Jamie’s Instagram followers have been there for him through his whole journey – why don’t more of them like his posts?

The problem is Facebooks strategy has surpassed the free engagement model and they are now firmly entrenched in a ridiculous pay to play model. People constantly scramble to stay ahead of the latest engagement tricks (we’ve heard that bookmarking is now the number one signal – I mean, who bookmarks?). All the while they have grown fat and lazy – never innovating and always copying because f**k you – we’re Facebook.

Until lately. Lately something has changed.

I’m 38 at the time of writing this and I’ll happily admit I scoffed at people using TikTok at the beginning of 2020 and now I’m a fully paid up advocate.

With the world locked down we found our phone in hand and a desire to look for something different to the political trash fire of Twitter, the cringe of your tin foil hat wearing acquaintances on Facebook, and the endless fakery of Instagram, TikTok came cartwheeling in.

TikTok is what social media used to be, what the internet used to be – it’s fun.

This led to an explosion of users across the platform, new users flocking to the fun and the more seasoned of TikTokers welcomed us with open arms. We have arrived.

It begins on TikTok

Reddit has long held the title of the front page of the internet. Many memes are birthed there and spread across the internet into messaging apps to be forwarded endlessly however there is now firmly a new player in the discovery and inspiration section of the internet.

As we came into 2021 we were met with The Wellerman – this was a tipping point for me – a song made on TikTok going into the charts and landing a record deal. Of course this isn’t the first cross over with the charts – it has been hard to know over the last year if songs have got in the charts because of TikTok or got on TikTok because of the charts. It is very telling with all work the team at TikTok are doing to embrace the entertainment industry – established artists and up and coming as well as the deals they have signed already just in 2021 as we wrote about last week.

“With the world locked down we found our phone in hand and a desire to look for something different to the political trash fire of Twitter, the cringe of your tin foil hat wearing acquaintances on Facebook, and the endless fakery of Instagram, TikTok came cartwheeling in.”

“It Begins On TikTok” – Only two years after being available in the UK the impact of TikTok is undeniable.

“When we say it starts on TikTok, we mean everything from those magic little moments of inspiration through to cultural impact. We hope these incredible and creative people inspire and entertain the next generation of UK creators.” – a snippet from their recent press release.

When it comes to entertainment TikTok are making incredible strides and huge deals to cement their status in modern day culture.

A lesson in audience development – effort and reward.

So please take a look at the results (that are still growing on TikTok and not at all on Instagram) and tell me where you would put your efforts as a musician in 2020 or for that matter – a creator or a brand?

We get it; many people have spent a lot of time cultivating an audience on Facebook and Instagram, but when you look at it in context you might realise you’re just talking to the same small section of your audience over and over again and never really reaching new people on Instagram.

When we have analysed a lot of recent organic posts from clients they seem to be getting the same people liking and commenting on their posts. Sound familiar?

Eventually TikTok will want to develop their advertising platform further and as that happens they may well end up down the road Facebook has trodden and drastically reduce the organic reach people get – but for now – it absolutely needs to be a consideration going forward.

As for Jamie – we have some incredibly exciting plans underway with new formats and content strands we plan to launch within TikTok to continue his growth. Drop him a follow and come along for the ride! 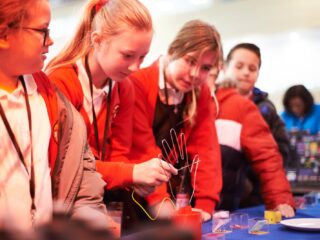 Previous Post (p) Accelerating Digital Presence for Bring It On 2021 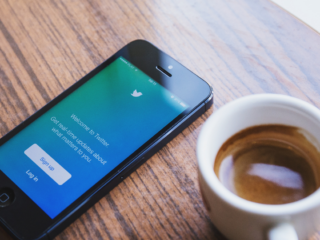