If you haven’t already worked it out, the Twitters and Facebook’s of this world are giving preference to video content. Naturally, as they aim to fight out for the social video market they will continue to tweak how video appears and is served to us in our newsfeed.

Facebook said openly that they are prioritising video in your newsfeed . Twitter is giving preference more through design than algorithm, by placing the video in a nice looking card – although (at the time of writing) Twitter haven’t yet rolled out video.twitter.com to people without the elusive blue tick.

Both Twitter, and recently announced Facebook have allowed embedding of videos, in a way which allows you to not have the full post showing and just to pull through the video in a seamless and beautiful way — big news for people who like to embed video.

The voter registration deadline is 20th April. You can register online at http://t.co/JXJqjQrOWr #50Days #TakePower https://t.co/efu7mB3xi7

All of these moves signal (finally) a bit of competition in the social video space that YouTube have dominated for so long. To be fair, YouTube have had it their own way for a long time and haven’t really provided much in the way of innovation in recent years so it is about time some of these other social media power houses stepped up to the plate.

Additionally YouTube seem to be consistently shooting themselves in the foot with many of the decisions they are making – top slicing creator brand collaboration fees, adding the autoplay feature in some weird attempt to boost video views, removing the ability for channels to show their subscribers which videos they have liked and many other counter intuitive changes which have damaged their ecosystem.

Statistics provided by Social Bakers recently show that Facebook have now overtaken all other channels in terms of video shares – a function built into the core functionality of Facebook, no surprises there. 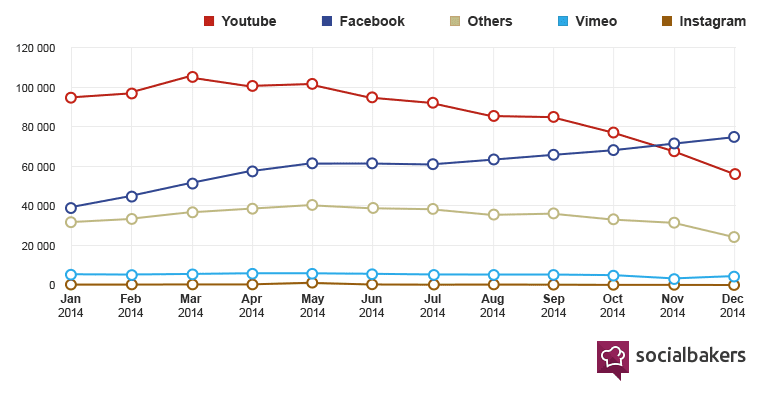 YouTube IS a social network……*taptap* is this thing on?

In my opinion, YouTube have never really done enough to help brands understand one of the key elements is to grow subscribers – this in turn helps you get more views on your content naturally. What has happened in reality is that brands have just used YouTube as a dumping ground for video they have produced for some other reason, getting no views, gathering dust.

Newsflash: – YouTube is a social media platform, in the same way that brands try to increase fans and followers, you need to increase your subscribers on YouTube.

Brands have been furiously growing Facebook “likes” and Twitter “followers” in their 1000’s – so now that video is being prioritised, of course a video on a FB page with 1000 “likes” is going to be viewed and engaged with more than a YouTube video on a channel with 3 subscribers.

The battle for social video is going to get very interesting over the next few months and I’m interested to see the financial side of video ads, plus their ROI as opposed to banner ads on something like Facebook. I would say, at this moment in time, Facebook seem to have the upper hand over YouTube and other potential threats to the throne, only time will tell. 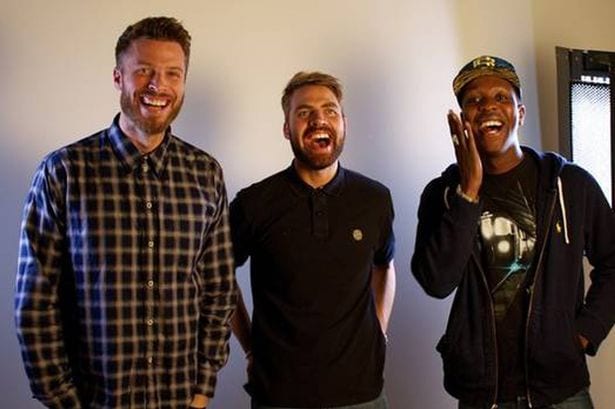